Because XTC will be releasing the Steven Wilson remaster of Nonsuch soon I thought I’d resurrect an old post in the hopes it may inspire some newbies to invest in the back catalog of one of my favorite bands, or perhaps convince the already converted to revisit some of the old classics. 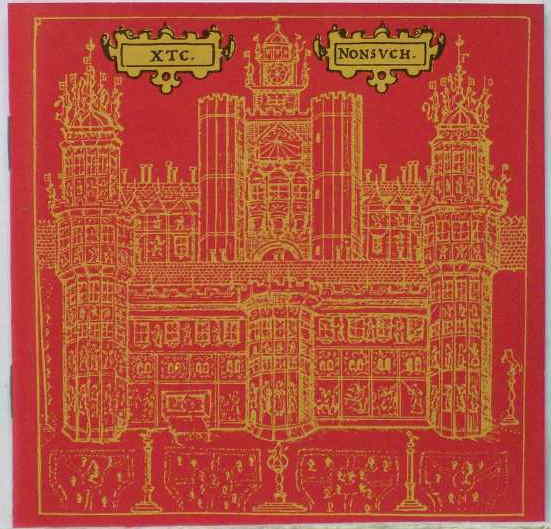 XTC is a band that lasted over three decades, released a consecutive string of nine outstanding albums yet most people (North America, anyway) are familiar with but two of their songs: Making Plans For Nigel (from Drums and Wires) and Dear God (a single, later added to the NA versoin of the album Skylarking, after it became an unexpected minor hit).

Whatever the case, like the mighty and underappreciated Nick Lowe, this band warrants some serious attention. Like many I throw the word “underappreciated” around quite a bit, but XTC is the very definition I assure you. They should have been the biggest band on the planet each year they released an album, but for some inexplicable reason have remained an obscure oddity foreveryone other than their fanatical and devoted cult following.

Drums And Wires, their third proper album and where I began my obsession, contains their biggest North American ‘hit’ to date in Making Plans For Nigel, and remains one of my favorite numbers. The rest of the album is pretty wonderful, (especially Ten Feet Tall), but is not as essential as most of the later albums. Black Sea and English Settlement, their next two albums, see XTC rocking harder than ever before, but a shift in direction towards mid sixties British Psychedelia was becoming evident, especially in the excellent tracks Respectable Street, Towers of London and Generals And Majors (from Black Sea), Ball and Chain and Senses Working Overtime (from English Settlement). English Settlement is often cited as a fan favorite, and although it’s taken some time I count myself as one that considers it among the Top 3 and, depending on the day, the very best.

After  massive critical attention, commercial disappointment and an exhausting touring schedule took it’s toll, Andy Partridge suffered a mental breakdown (given his well documented stage fright ‘issues’, something that was not only predictible but inevitable), which ultimately led to XTC’s retirement from touring. It has been said that Mummer, their next album, is very much the work of an “eccentric in isolation”, with Partridge writing 13 of the album’s 16 songs. A much more subdued affair than it’s predecessors, it is awash with some truly excellent, very British music ; it is here that Partridge joins the esteemed lineage of Davies, Hitchcock, Fish, Madness and Blur. 1984’s The Big Express saw yet another stylistic change in the bands direction, and although pretty good it is my least played album of theirs.  Using the extra time away from the road to take full advantage of the studio, from the first listen it certainly seems apparent that something has changed, and for the better, but further listens will reveal an album straining at the seams. Painstakingly detailed and sonically lush, this album and its sonic innovations would inspire Partridge and Moulding to go even further with their next album, Skylarking, their undisputed masterpiece.

Released in 1986, Skylarking remains a revelation. The band totally and unapologetically and completely jettisoned its new wave roots in favor of the mid-’60’s sounds of the Beach Boys and the Beatles. Produced by Todd Rundgren , who tightened up XTC’s sound considerably for this album and sequenced the songs into some sort of loose life-cycle concept, Skylarking contained some of the best songs of the bands career and indeed the entire decade: Summer’s Cauldron, Grass, Season Cycle and Dear God (as mentioned earlier, this was a late addition, but fits the albums mood and flow perfectly, capping an already perfect album). The detailed, sweeping and ingenius instrumentation coupled with the best songwriting of Moulding and Partridges career makes this XTC’s Greatest Acheivement, without question.

Oranges and Lemons is where the band fully embrace psychedelia (just look at the cover, for God’s sake!), and Nonesuch (1992) is simply a massive, lovingly crafted record very nearly the equal of Skylarking, becoming especially evident if listened to on headphones, in its entirety, without interruption. Although not as thematically coherent as Skylarking nor quite as goofy or eclectic as Oranges and Lemons, this album maintains its position with me as their 3rd best album. After a seven year sabbatical (!) due to many different reasons, some legal, XTC returned in 1999 with Apple Venus Pt. 1. This is a beautiful and ambitious record, full stop.  On the lighter side are songs like the McCartneyesque “I’d Like That”;  on the darker side is “Your Dictionary”, probably the bitterest lyric Partridge ever penned. Lush and melancholy, exuberant and sad, Apple Venus Pt. 1 will stand the test of time. It is the most unique XTC album in a catalogue full to the brim of unique albums.

Wasp Star (Apple Venus, Pt. 2) is more…XTC by the numbers. Truthfully an album of Apple Venus out takes, but better than most bands classic albums full of sharp, witty songs, and although it is very, very good, it kind of pales in comparison next to the grand statement of Apple Venus.

Even though the band have done many interesting and competent side projects over the years, it is as Dukes Of Stratosphere that was the most satisfying. This was an opportunity for the band to really indulge in their love of Revolver era psychedelia, cranking out the fuzz guitars, backwards sound effects and trippy lyrics to great effect. If you can find it, get the collection Chips From The Chocolate Fireball. Some consider this among the best of XTC and I would be one of them. It’s marvelous.